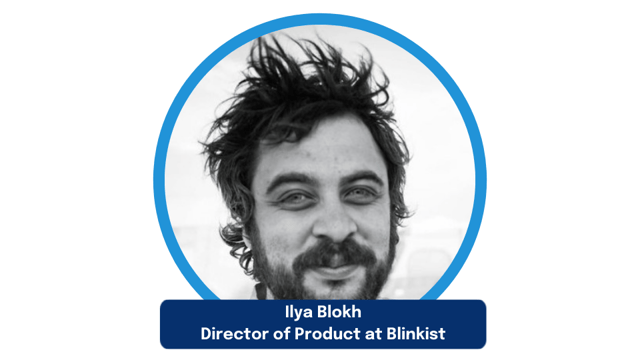 Ilya Blokh, Director of Product at Blinkist, shares a framework for how to hang onto the product users you have, including structuring teams to prioritize and solve customer problems, not business problems.

Ilya, who holds dual degrees in computer science and cognitive science, found his current career path by accident. He had given up a career in programming and was “pretty lost” on what to do next. After teaching English in Japan for two years, he returned to New York and discovered product management. “I had never heard of it before, didn’t know it existed,” he says. “But it seemed like the perfect thing for me because it allows you to think about tech, but in the end, the goal is how do you build something that's useful to people.”

Since then, he’s held various product management roles, fueling his passion for technology and people. Two years ago, he joined Blinkist, a subscription app that distills key learnings from non-fiction books into text and audio.

When managing subscription products, Ilya’s learned that you must relentlessly evaluate how to solve user problems, not business problems. And he learned it the hard way when Blinkist shifted from a “free days” model to a “free trial” model, where users can try the app for 7 days without subscribing. “What we saw is that conversion went way, way up, more than 60% improvement. On the face of it, it seemed like a pretty big success,” Ilya said. “What we didn’t really realize or anticipate is that while conversion was going up, retention was going down.”

Looking back on it, Ilya realizes this makes perfect sense.

“Ultimately to increase conversion, you’re bringing in more lower intent people. You’re convincing more people to try the product, but they might not have as high of a commitment to it or as much certainty that they want to use it,” he says. “So they're also more likely to stop using the product and churn and then not renew their subscription.”

To better focus on retention as well as conversion, Ilya took a creative approach to team structure “to make sure we have all the right inputs into product.” He split product into three teams focused on three separate user missions: content discovery, conversion and growth, and customer experience. Blinkist also hired a user research team, created a business intelligence department, and brought on a product analyst and customer feedback analyst.

“Now we have these three mission teams that are very highly, highly autonomous. They all follow the scrum methodology,” he says. “Each team has a problem that they know they're trying to solve. They have a set of KPIs that they're trying to meet, but within that they decide what they do.”

Reworking the teams was one solution to the user retention puzzle, but measuring retention was another struggle, given that many different scenarios can impact retention. Compounding that, Ilya notes that Blinkist’s business model didn’t lend itself to gathering quick and actionable insights. He implores product managers to take a testing and learning approach to improve your product.

In this episode, you’ll learn a lot about customer-centricity, how to measure user retention and user conversion, and the importance of iteration.

Hubert Palan is the founder and CEO of Productboard.

Ken Babcock is co-founder and CEO at Tango.