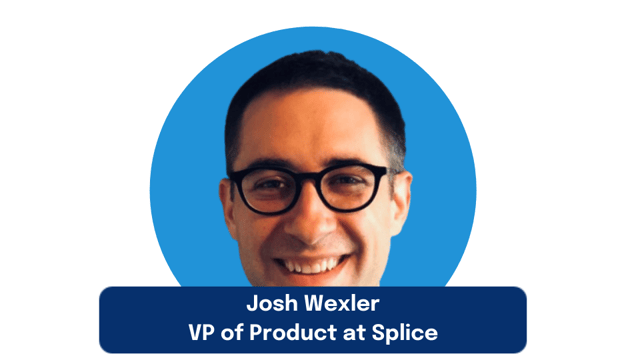 Josh Wexler, VP of Product at Splice, shares how prototyping can serve as a valuable method of communication and how to gain meaningful insights when user testing.

Despite the proliferation of tools to aid in digital prototyping, product managers don’t always take full advantage of these capabilities. Josh says that, when done effectively, prototyping is an important method of communication that allows product managers to gain meaningful insights from users and foster discussion with colleagues and partners.

Josh began his career in consulting before shifting his focus to prototyping as Director of Solutions at Originate. Since recording this interview, Josh joined Yieldmo, an ad-tech startup in New York, as VP of Product, and is now VP of Product at Slice, a music technology company. According to Josh, while prototypes themselves are important, even more, crucial is the process of creating the prototype.

Prototyping helps you communicate a vision for the future, Josh says. But not all prototypes are created equally. Josh explains that the fidelity, or how realistic the prototype is, ought to vary depending on your goals. For example, whereas a prototype developed for potential investors is likely to be highly conceptual and of high fidelity, a product team that wants to iterate quickly can benefit from low fidelity paper prototypes.

Paper prototyping allows for greater exploration and discourages product managers from getting overly attached to a single product concept. This problem is symptomatic of the persistent problem of perfectionism and unwillingness to experiment. Josh says that you need to be willing to toss prototypes into the trash and start over. Ultimately, prototyping is a form of communication that helps people think through backlogs, features, and stories, allowing them to build actual products much faster, while establishing consensus and collaboration around vision internally and externally. You’ll learn a lot from this episode about rapid prototyping and usability testing.

Getting Things Done is Product Management

David Allen, Author of Getting Things Done, discusses how to manage complex projects, be more...