Leading Under Pressure is Product Management 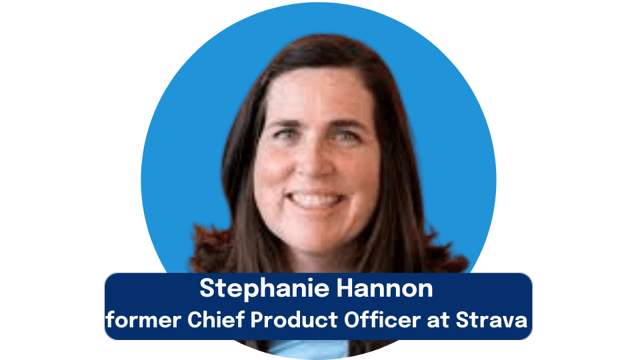 Stephanie Hannon, former Chief Product Officer at Strava, discusses how to navigate new environments and the leadership and hiring strategies that she’s developed from her experiences in high-pressure situations.

As a product leader who has worked for many tech companies, chaos has helped shape her leadership style and influence her hiring decisions. “Chaos can come in all different sorts of ways. But I think it's really important for product leaders to figure out how to navigate it,” she says.

Stephanie has held a long list of impressive positions, all stemming from an interest in science at a young age and centered around a passion for technology. Early in her career, Stephanie was a software engineer at Cisco. She later joined Google as a product manager, working on early iterations of Gmail and Google Maps.

As she advanced from product manager to chief product officer, her work took her around the world and to organizations like Facebook, demanding new expertise and increased responsibilities. Through her career, Stephanie has learned that the chief product role looks different at every organization. The key to alignment, however, is focusing on both the product you’re building and the process behind how it’s being built.

She made a pit stop in politics as the Chief Technology Officer for the Hillary Clinton 2016 presidential campaign. That’s where, she says, she learned valuable lessons in tackling challenges for the first time. “There was not a blueprint for what I was hired to do at the Hillary Clinton campaign,” she notes.

The knowledge she gained from that experience led her to Strava, a fitness app that uses GPS data to track an athlete’s activities. And her leadership skills were put to the test pretty early on. Four weeks into the job, it was reported that Strava’s data-visualization tool could potentially be revealing details of secret military bases around the world.

In an emergency or during a particularly tough moment, Stephanie stresses the importance of remaining calm and being transparent. It also comes down to hiring people who can handle the pressure and building teams that trust each other and can tackle challenges together. “You have to really establish trust because if you don't have trust, then you can't handle challenging situations together,” she says.

In this episode, you’ll learn a lot about what it means to be a chief product officer, how to successfully navigate chaos as a leader, and ways to build effective teams that respond well under pressure.

No Bullsh*t Lean is Product Management

Bob Dorf, Author of The Startup Owner’s Manual, shares how product managers and the c-suite can...

Stacey Weber, an Instructor at Pragmatic Marketing, shares how product management fits into an...