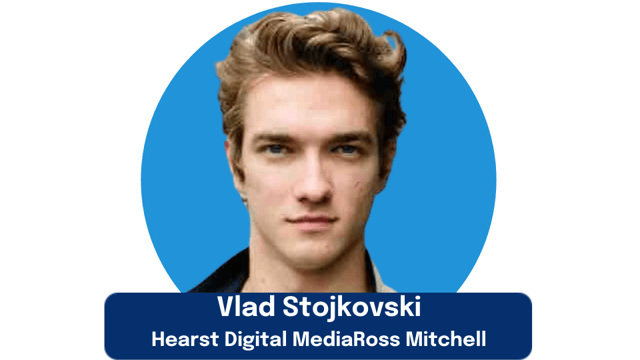 Vlad Stojkovski is a Product Director at Hearst Digital Media who has overseen 8-fold growth of an agile team that now numbers at over 200 people and that launched a proprietary publishing platform. In the process, his efforts have helped transform both Hearst Magazines’s digital offerings and culture.

Hearst has over 20 media properties, including Cosmopolitan, ELLE, Esquire, Good Housekeeping, Delish, and Road and Track magazine. In 2013, Troy Young joined Hearst as President of Hearst Magazines Digital Media, where he built a fast-growing division that creates and manages the content, technology, operations, product and business development strategies. Young recognized that the capability to publish hundreds of articles a day would be essential for helping Hearst keep up in the digital age.

Vlad’s team is focused on building a centralized publishing platform to facilitate the work of internal users, such as magazine editors and writers, and to enhance distribution channels. The platform facilitates syndicating content across various publications while also giving more nuanced insights into how readers interact with each site.

Vlad’s team sought to adopt more agile forms of software planning in an effort to beat out competition and meet customer needs for on-demand content. Adopting the agile process wasn’t easy though. Before this project, Vlad’s team was much smaller and didn’t have established best practices for getting things done. When adopting agile, they therefore needed to ensure stakeholder alignment.

Vlad’s team was proposing a unified platform for completely different products with completely different consumer profiles. The readers of Esquire and Cosmo have almost no overlap, but Vlad needed to convince all of the teams to take a step back and see what they were really trying to solve. Vlad said this was possible once they convinced stakeholders that the decisions made by following the agile process would be user focused.

Once more teams started running agile processes, they got more and more different points of view and new sources of inspiration. This in turn helped people get better and faster at their jobs while also generating invaluable data on their users. By promoting what they learned, every team was able to benefit from a team’s successes.

When making major changes in a large organization, Vlad says you need a well-designed roll out strategy. When rolling out features in multiple countries and languages, you need to perfect your messaging and show how it will move the needle. In other words, you have to work on internal product marketing and training to get users to adapt.

You’ll learn a lot from this episode about making change at a large organization.

Jack Cole, Director of Design at Motivate Design, talks about how to source people for user...

Crafting a Vision is Product Management

Blade Kotelly, Leader of the Advanced Concept Lab at Sonos and a Senior Lecturer at MIT, shares how...

Tristan Kromer shares the differences between qualitative and quantitative user feedback, how to...