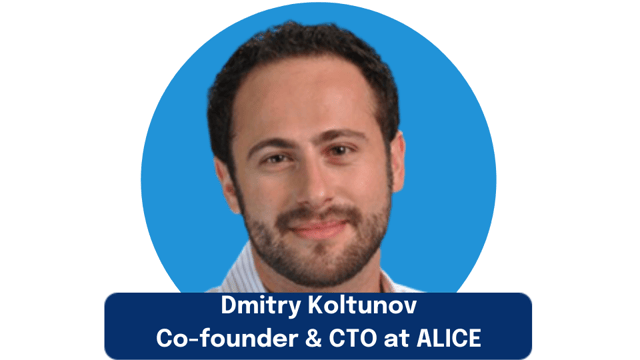 Dmitry Koltunov, co-founder and chief technology officer at ALICE, discusses his approach to recruiting and managing teams that are dispersed throughout the globe, plus some lessons learned after growing a startup from 3 to 140 people.

Six years ago and alongside two other co-founders, Dmitry developed Alice, an operations platform that helps over 2,500 hotels deliver a unified hospitality experience to guests. Since then, the company has grown to nearly 140 people.

Many of Feedback Loops’s employees are remote. Dmitry’s team of 65 people, for example, is spread out over 13 countries, 17 time zones, and 35 cities.

“I love, love, love having a remote team, but we kind of stumbled into it, to be honest,” Dmitry says. Due to budget constraints and the fierce competition for talent in New York, “it wasn’t a choice in the beginning. It was an imperative.”

Alice’s recruitment efforts begin in Ukraine, where Dmitry met development connections through his network. “We needed two or three people maybe for six months. I hoped for longer, but at least for six months is how much money we had,” he says of the hiring discussions that were taking place during the company’s early years. “The processes that we used were very different than what we do now, but it has evolved as the business evolved.”

There are both advantages and disadvantages to distributed teams, especially when a company grows as rapidly as Alice did. How do you recruit talent in different countries? How do you create seamless collaboration and strong company culture?

From there, it’s about including remote teams in cultural conversations and business decision-making. In addition to all the communication tools you’ve come to expect in today’s connected world, like Zoom and Slack, Dmitry offered three other suggestions for managing distributed teams:

In this episode, you’ll learn a ton of strategies for building and growing distributed teams across the globe.

Learning to Bootstrap is Product Management

Owen Adams, SVP of Product at The Muse, shares how product managers can transition from large...